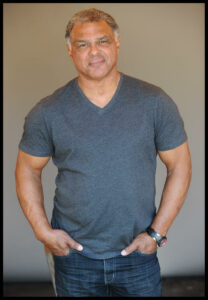 As a principal dancer with Alvin Ailey, he had many works created for him. Dancing every section of “Revelation”, including all three variations of  “Sinnerman”. The Ailey Company was a springboard to a Broadway career of leading roles: “…To Box w/God”, “Westside Story” Broadway revival as 'Nardo and “Cats” original American Broadway Cast. Dance Magazine listed him as one of the top 10 male dancers in the world.

He was fortunate to study and work for very talented and devoted master teachers: Romana Kryzanowska, Mari Winsor, Dorothy Vandewille, and Trish Garland.